Juggling as a game


In ancient times, juggling has been described as a woman’s activity. We see evidence of this on pottery, vases, and engravings, with women juggling fruits and balls made of clay and leather. While men seemingly preferred fighting and warfare, juggling, in contrast, was a skill practiced by women alone or in a group – for fun or competition. We can presume this training eventually led to shows.
Female jugglers from the island of Tonga would sing while juggling. They used small nuts called tuitui. It is said that they were able to juggle up to 12 of these nuts at one time! 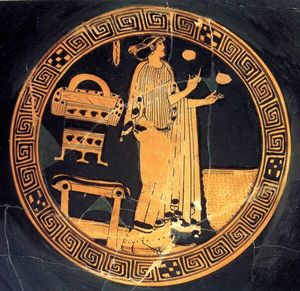 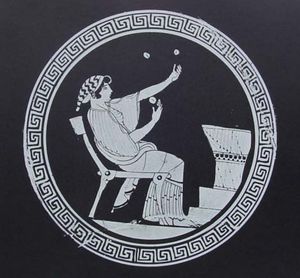 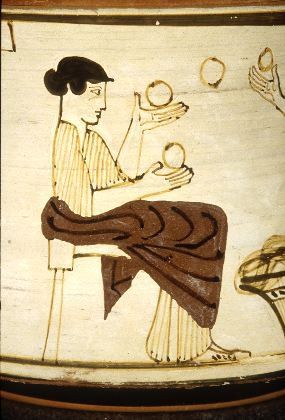 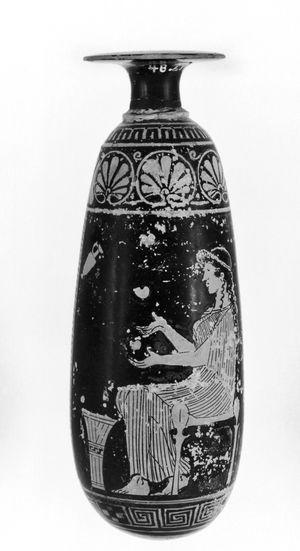 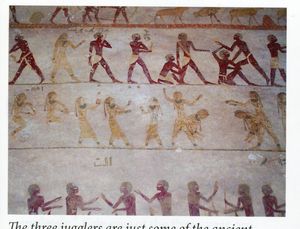 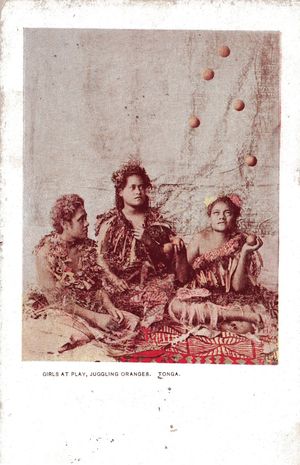 Only 10% of today’s performing jugglers are female.


Between 200 BC and the 20th Century, juggling was performed almost exclusively by men. We assume that this is due to the nomadic life of the performer – one that was once dangerous and often viewed as unseemly. To this day, the majority of jugglers – both performers and hobbyists – are men. 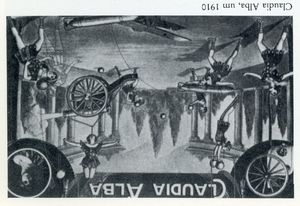 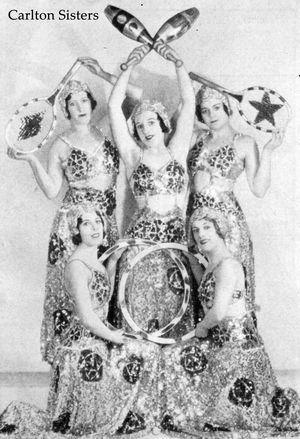 Juggling Jewels, 1912-1950, England
More info :
The Juggling Jewels originally consisted of five British female jugglers who began performing in 1912. The members were Gladys Tucker, Nellie Green, Denise Wathon, Bonnie Wathon, and Carrie Cliff. They performed an act of club passing, tennis racket juggling, hoop passing, and a solo tap dance done while juggling. They were perhaps best known for their finale of juggling illuminated clubs in the dark. They were given these clubs by the famous Gentleman Juggler Salerno. They were originally known as the Four Clovelly Girls, then the Five Carlton Sisters, and finally as the Juggling Jewels. In 1943 they became the Four Juggling Jewels and were the Three Juggling Jewels by 1949. They continued performing until at least 1950. There is one film of the Juggling Jewels performing still in existence.
Source : David Cain 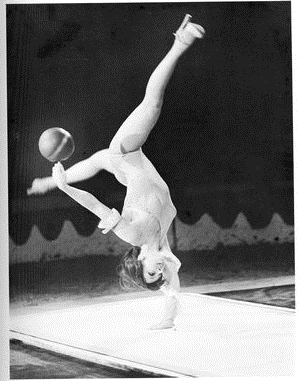 
Today, female jugglers are fairly rare. Because of this, they are especially appreciated by their audiences. Women have no reason to envy men when it comes to juggling skill. In antiquity and today, there numerous examples testify that female jugglers are as talented as their male counterparts. In some disciplines, such as antipodism (foot juggling,) there are many more women performers than men – and they’re much more skilled, too! 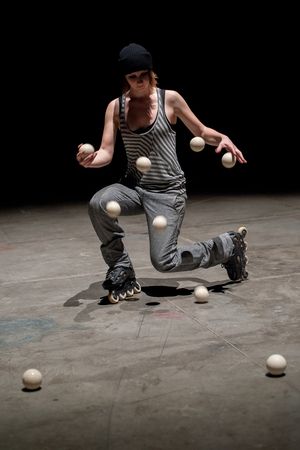 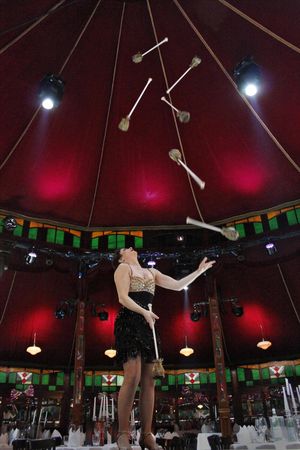 vFrancoise Rochais (France) – The only woman in the world to juggle 7 sticks. She holds many world records.
Source : Françoise Rochais, 2012 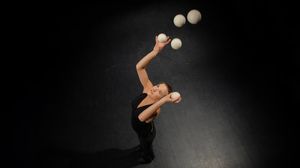 Joelle Huguenin holds the woman’s record of five clubs, at 52 minutes straight. She’s only one minute away from the world record held by Thomas Dietz!
Source : Joelle Huguenin 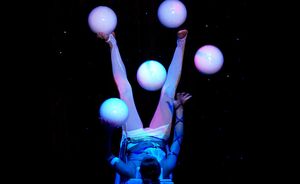 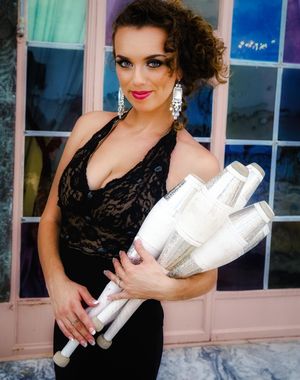